Customers can collect their purchases from lockers at Finchley Central and Newbury Park following company’s deal with Transport for London (TfL).

In November, TfL signed a deal with Asda which allowed people to collect their shopping from six stations.

But the London Federation of Small Businesses said it hope small shops would not suffer as a result. 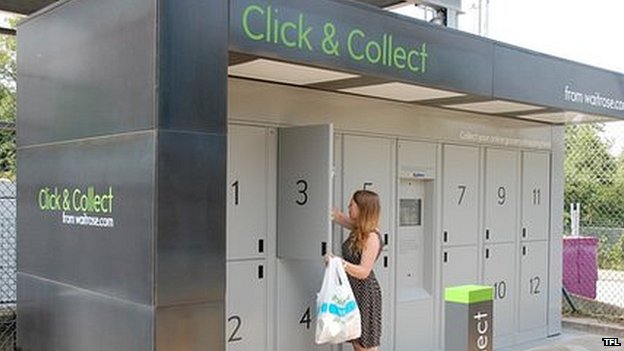 Matthew Jaffa, spokesman for the federation, said its members had not be “given a fair crack of whip” at being involved in the scheme, which TfL hopes will generate substantial income for the network.

“We would like more awareness and a communication about this,” Mr Jaffa said.

“We want our members to be given more of an opportunity. Hopefully this will happen next time.”

On Sunday it was announced Amazon customers will be able to pick-up parcels from railways stations.

Tesco, Asda and Sainsbury’s customers can currently have their groceries delivered by van to Tube station car parks and Waitrose is working with TfL to install click and collect facilities.

InPost, which delivers parcels, has a collection point at Buckurst Hill station.